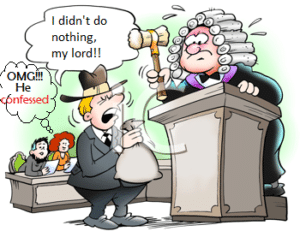 The use of double negatives in English Language may sound fluent but it changes the meaning of the sentence entirely from negative to positive. English language is similar to Algebra because they both have their formulas or structures. In the case of double negatives, it is synonymous to product of integers in Mathematics, where the product of two negative integers equals a positive integer.

How do we avoid this common yet trending mistake? You must have heard expressions like these: “I didn’t do nothing”, “I haven’t gone to no party”, “I ain’t eating no vegetables” or “I wasn’t barely able to open the jar”. All these expressions may sound like the speaker is denying responsibilities, but no, the speaker has acknowledged doing them all unknowingly.

Using ANY SOME NO

To make this topic easier, I will like to introduce the use of any, some and no. These will help you understand and avoid the double negatives mistake.

“Any” can be used when asking questions and making negative remarks.
For questions: Any correlates well with both positive and negative modal verbs. For instance: Do you have any coin to spare? Won’t she bring any Popsicle for me?
You can also use the indefinite pronouns- anybody, anyone, anything and anywhere for questions. For instance:
Is there anyone at the door? Did you buy anything from the mall? Won’t you go anywhere for your vacation?

As you can see, the use of “any” is not limited to positive questions.

For negative remarks: In order to make a negative sentence with “any”, the auxiliary/modal verb must be in negative form. For instance:
I don’t have any money left. I won’t eat any vegetable. There isn’t any water in the fridge.
You can as well use the indefinite pronouns in this case. For instance:
She doesn’t know anyone in London. She wouldn’t take anything from strangers. We shouldn’t go anywhere during lock down.

How to use “SOME”

“Some” is used only for positive remarks. The indefinite pronouns derived from some are someone, somebody, something and somewhere.
Examples: I have some food to share. I would like some vegetable. There is some information about COVID-19 on the internet. I met some nice people in Panama. She bought something for the kids. There is someone at the door. Let’s go somewhere to relax.

“No“ is known to be used for negative remarks. Use “NO” only for negative sentences. Whenever you decide to use “NO” in your sentence, make sure your auxiliary/modal verb is in base form. For instance:
She has no friend in school. I have no money in my pocket. There is no salt in the food.
The indefinite pronouns derived from NO are no one, nobody, nothing and nowhere.
We have nowhere else to go. There was nobody in the class when I got there. You have nothing to gain if you don’t try.

In summary,  never use a negative verb (isn’t, doesn’t, haven’t etc.) with a negative qualifier (never, hardly, rarely, barely, seldom etc.). If you do, you end up saying the opposite of what you mean to say.